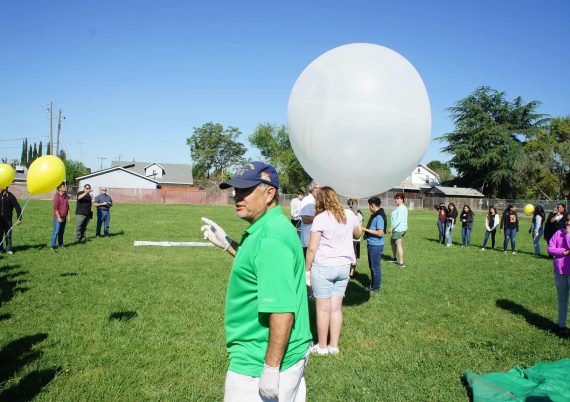 High altitude balloons (weather balloons) are an amazing way for students to learn about and practice concepts in nearly every area of science and technology: earth science, meteorology, physics, mathematics, biology, engineering, software & computing and much more!

The students will launch weather balloons that will soar to roughly 100,000 feet above the ground; the edge of space. Along its journey, instruments will measure temperature, humidity, altitude and acceleration, as well as location. Those sensors, plus the cameras, can only weigh about four pounds. They’re packed into specially designed payload containers to help them survive not only the rough ride, but also a huge temperature range: from -50 degrees to about 20 degrees Fahrenheit.

With that much equipment, the balloon will take about 90 minutes to climb to its highest altitude. At that point, the balloon will expand until it bursts. And then, because the air is too thin, it will burst. The balloon simply shreds, and then it comes screaming down with the aid of a parachute. It took 90 minutes to climb to its highest point, but it only takes an hour to descend. Some of the concepts the students learn during the build include: 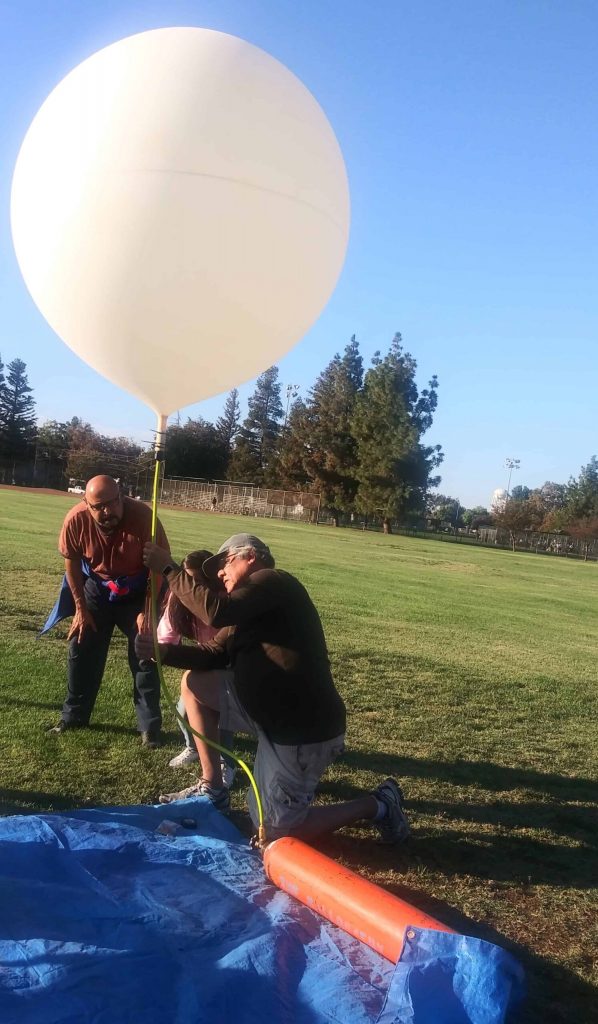